I have a brief second here...

...(story of my life lately)...so I am posting very briefly.

I'm coming up for air under a sea of DBQ's to grade. Those of you who know what those are understand how NOT. FUN. TO. GRADE. THEY. ARE.

I told my AP kids not to expect them the next day, as each one takes at LEAST 10 minutes to grade. And I have 44 of them. One kid said, "Hey, that means you have seven hours and twenty minutes...minimum...of grading to do."

Thanks, dude. Rub it in.

JayZ has found his feet, and his thumb. Which is pretty sweet. :)

Swimming is coming along well, too. I made the mistake of thinking that, in the end of last Monday's workout, my "300 at T- :12" was supposed to be my threshold pace minus twelve seconds for EACH 100, not overall. Consequently, I pretty much DIED. And wasn't able to finish it. Then my buddy told me I was doing it wrong and it was TWELVE SECONDS OVERALL. hee hee! That's funny. I kicked my own ass for no reason.

So, all three major Presidential candidates will be in Cleveland Monday and Tuesday--and one in the city I teach in on Monday! Pretty sweet. I think I know who my choice is but need to do a little more digging to be sure.

And TriShannon will be in Cleveland for my comeback half marathon. She's going to run a 1:50 with me. And I don't care how she feels about it. She's doing it with me and THAT'S THE END OF THE DISCUSSION.

And I've been tagged by Ange and Triguyjt, and I usually don't have time for these but since I'm rambling and making no sense here I go okay ready go:

Seven Random Things About Me:

1. My ancestry is Portuguese, Italian, Scotch-Irish, and German. But my married last name is 100% Polish.
2. I'm somewhat of a neat freak, except for my closet.
3. Robot Chicken is a damn funny show.
4. I'm not sure who I'd pick: Jack or Sawyer. Probably Jack.
5. I graduated college with one of the newest Cavaliers, Wally Szezerbiak. And I probably spelled that wrong. His girlfriend (now wife) was in my freshman dorm, and she grabbed him up at freshman orientation. None of us even had a chance. Oh well. :)
6. My nickname for many years was (and to some people is still) Arcs.
7. I don't really like cake. It doesn't do it for me. But ice cream does.

Fearfully and Wonderfully Made

This was the verse that the sermon focused on today, the day we baptized our son. I haven't been to church since he's been born--something I'm not really proud of. I've been praying a lot--a LOT--don't get me wrong, but I haven't actually been to a service until today.

And that was the verse that the sermon focused on.

That was also the verse that I had typed small and taped in my bento box during Ironman. Because it reminds me that I'm stronger than I think, because that's how I've been made.

I'm continuing to be amazed by what my body's been doing. Yesterday, I ran a very hard, hilly 10 miles out at Hinckley with some of my Soler buds. It was hard, and it kicked my butt, and I loved it. We negative split it a bit, which is saying a lot for that loop. The last time I ran that loop was August of '06 with IronJohnny as we prepared for IMW.

It felt good to be back.

But cold. It was about 14 degrees when we started. (That's cold for here...I know it's balmy for some of my other blog friends) It was so cold the first mile that I could barely feel my hands except for the stinging.

Sunny, 51 degrees, and not a cloud in the sky this afternoon. I ran in shorts. A little windy, though. My Ironman hat flew off and almost landed in a creek. I saved it, of course.

My running is coming along really, really strong. Surprisingly strong, for me. I'm very excited to see what I can do this year.

It's pretty amazing what these bodies can do, you know?
Posted by Trisaratops at 5:06 PM 13 comments:

(in no particular order) 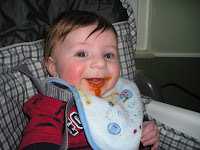 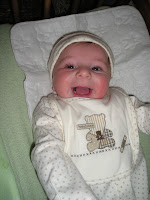 Being a Ladies Man! 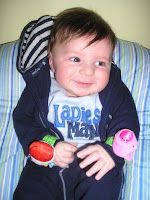 Email ThisBlogThis!Share to TwitterShare to FacebookShare to Pinterest
Labels: JayZ

I've been going to this awesome triathlon swimming clinic thingy my buddy Rob is running out at Oberlin College. It's been a lot of fun, although I haven't been as regular as I would like. But, I'm getting out there and seeing some of my tri buds and getting a real tough workout in, which is good stuff.

And the best part?

Somehow, on only swimming once every 2 weeks, I'm getting faster. This makes me get excited to think what I could actually do when life settles down a bit and I can get to the pool more than once every 2 weeks.

How much is it working?

But last week in the pool I thought of something, as I hit the wall for another set of 50s. I hit the split I needed to, and it was pleasantly hard...I was out of breath and had to really move the arms as I saw the black line rising up the wall. Rob asked me, "How'd those go?" I should have said good. Great even.

He laughed and assured me that his twelve years old times were also a wee bit faster than today. And this coming from a guy who's freakishly fast.

For some reason, I thought about this on the whole ride home. I remembered what it's like to be in a swim meet. I haven't had one of those in a long time, but I still remember this one in particular. The one where I set my PR. The 50 free. In North Olmsted, Ohio, in a sort of crappy indoor complex. Those of you who are swimmers know what I mean here as I describe the sound of a 50 yard freestyle sprint. It's the quiet sound of your arms moving in water followed by a brief interlude of absolute screaming as you turn your head for a breath.

By the looks of this one, I could tell it was going to be close. My coach was screaming and I could see my teammates yelling at the top of their lungs. You can never make out any words...you just hear this mumbled roar. So I kicked it into the highest gear I could.

And I beat her. By barely a half a stroke.

That was Twelve Year Old Me. Shortly thereafter, I stopped swimming year 'round. I made the cheerleading squad (I know...don't laugh), decided I really wanted to be a fastpitch softball pitcher, set my sights on first chair flute, and went onto high school. Eventually, boys actually talked to me. Times got slower as I wasn't able to give swimming my all, as they usually do.

And then I was done.

Now, Thirty Year Old Me swims in a pool with triathlon friends and tries to bring down my times as best I can on an every-other-week-swim schedule. There are bills to pay, diapers to change, and work to be done. There's no coach screaming for me to outkick the girl next to me.

And I think what I've come to realize is that I am in triathlon because of Twelve Year Old Me.

Because, whenever I come to the wall after a hard set, I can sort of see her in the lane next to me. She's already at the wall. She's even smirking a little bit.

I don't know if I'll ever catch her. But her presence helps drive me.

I don't really get too into the age-group awards thing anymore, and that's probably a result of me not having much of a chance to place in age-group anymore unless it's a short distance race with not many people in it.

But I do get into beating Twelve Year Old Me.

I just wanna wipe that smirk off her face.

I can race her knowing these things. Understanding that, although she might beat me to the wall, there's a lot more that I've gotten to see and do by being a few seconds behind her.

She has no idea what 18 Week Pregnant Me did when I ran a 5K faster than she'd be able to do.

(She hates running, you see.)

She also doesn't know that 18 Week Postpartum Me is able to run 10 miles at a pace faster than Twenty Nine Year Old Me was able to do during Ironman training.

All she cares about is that she's at the wall faster than me. So she bobs there with her swim cap and her royal blue summer swim team suit that's faded a bit, with her event written on her hand in a black sharpie. And I'll let her go, because I know that I wouldn't trade those few seconds for the world.

But the idea that I might even be able to come close to her again is pretty exciting. And the understanding that I could absolutely annihilate her in anything over a 50 freestyle is also pretty cool. But she doesn't want to race that, you see.

When she mouthed off at practice, she was always getting threatened to be doing the 200 IM or 100 fly or some other event that would have been horrible horrible horrible for her. She only wants to do what she's good at.

And Thirty Year Old Me has done a lot more, mostly way out of my comfort zone. So I'll let her have this one little victory.

I realize that our wind chill is NUTHIN' next to what my bloggy friends to the north are dealing with (JenniferP, all the Twin Cities peeps) but it was enough for Northeastern Ohio.

And now I might actually get caught up on some things--like sleep! Boooooooooo yah!

I swear we're worse than the kids...

Stay warm everyone!
Posted by Trisaratops at 8:39 PM 3 comments:

Email ThisBlogThis!Share to TwitterShare to FacebookShare to Pinterest
Labels: Room 221

All I have time for

I'm behind on blogs and emails, most likely permanently. Or until June. Hope you understand.

This is very, very hard. I'm trying to keep all emotions in check, but it's rough. However, every day gets a little bit better.

For now, I only have time for a few numbers:

Email ThisBlogThis!Share to TwitterShare to FacebookShare to Pinterest
Labels: Running

Oh, the ways we trick ourselves...

So yesterday, after being up from 2-5am and being so ridiculously exhausted that I wasn't even making sense at times, I picked up JayZ to find him just going down for a nap.

Before I had time to rationally answer that question, I POUNDED a mint-chocolate gu.

Because, see, after you eat a GU, it's really sort of necessary that you run, right? I mean, who pounds a gu like a college freshman pounds a Natty Light, and then goes to doze on the couch?

Because, in my book, a tired groggy dreadmill run is always better than no run at all.
Posted by Trisaratops at 7:50 AM 14 comments: